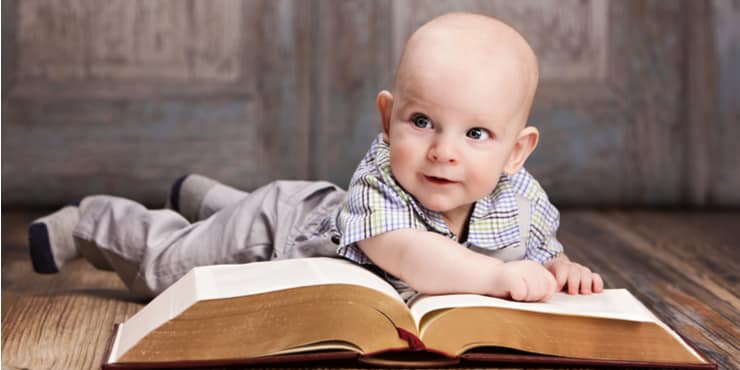 Have you ever sat and watched two babies play together? Actually sat and observed the very intricate exchange that happens when more than one child is in play? The obvious characteristic of babies is that they don’t speak - but they do communicate!

A while back I was baby-sitting my two nephews. Although both were a mere couple of months old, they did “speak” to each other. One child would babble and pick up a toy while the other would babble in return. They even would laugh together as if one of them cracked a joke! I became so mesmerized by their exchange and tried to fathom what they were trying to say to each other.

The other fascinating action I was amazed by, was how one of my nephews would walk around the house, yelling phrases at the top of his lungs he thought were words. Sometimes, he would even laugh at himself and look at me expecting that I would laugh too. I would pick up some of the recurring “blabs” and imitate him!

It got me thinking - can babies actually speak to one another? Do their babbles, even at a very young age, carry any meaning? To answer that, I fired my trusty laptop and started researching more about babies and dialogue. Turns out babies are very in tune to others’ emotions, and as early as five months of age can start to recognize emotions. So, if you try to say something to an infant, just because they may not understand what you’re saying, doesn’t mean they can’t pick up on your emotions.

Want to experiment? Next time you’re around a baby, try saying something in a funny, dramatic voice and observe the reaction. Then say something in monotone without smiling or emotion. You’re bound to get a completely different reaction!