Empower yourself with Hindi 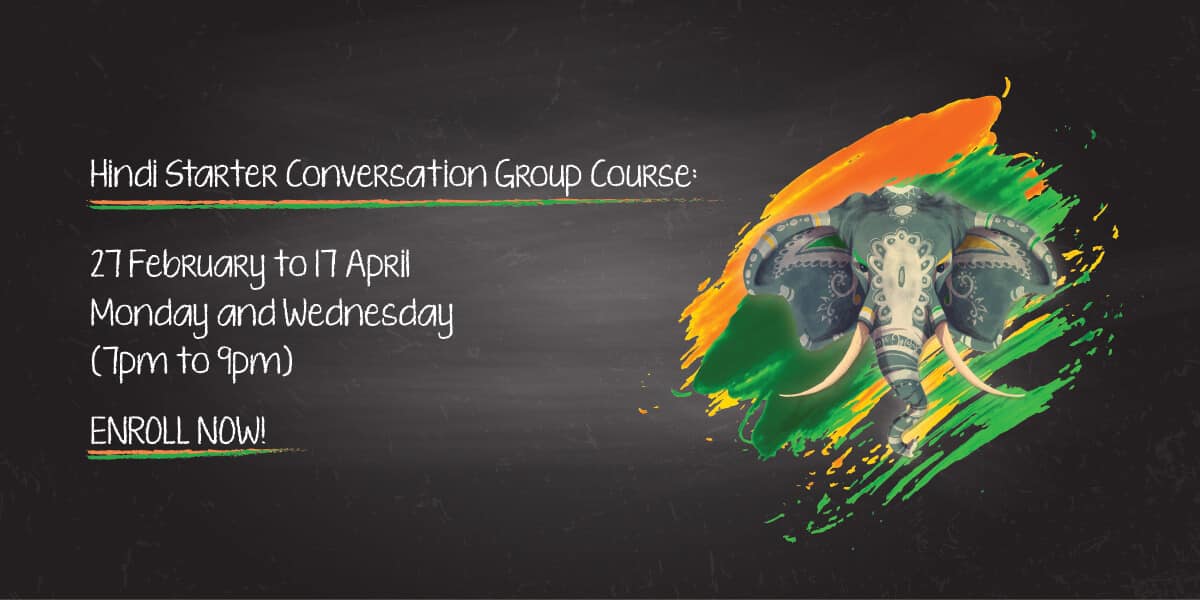 Are you planning to visit The Himalayas in India or the Neelum Valley in Pakistan?

Learning Hindi will become an ice-breaker to have some interesting conversations with the local people.

Nearly 425 million people speak Hindi as a first language and around 120 million as a second language.

Living in the U.A.E, knowing Hindi is like boasting of an added skill.

Pomegranate Institute provides you an opportunity to enrol in their Hindi conversational course. A brief 30 hours’ course that will become an asset for you when dealing with Indian or Pakistani clients/colleagues daily.

With over 2.2 million Indians and over 1.4 million Pakistanis living in the country, you are bound to bump into one or the other on every nook and corner of the city.

Speaking their native language will give you an edge and help you strike a fruitful conversation.

Moreover, if you happen to visit Nepal or Bangladesh, Hindi is widely spoken there, and there are also a significant number of Hindi speakers in South Africa, Mauritius, Fiji, Suriname, Guyana, Trinidad & Tobago.

In the U.A.E, Hindi speaking individuals are employed in all fields; it’s nearly impossible that you don’t come across any. Additionally, India’s economy is doing remarkably and businessmen go there for meetings and speaking the client’s native language can help you seal better deals.

Many technology jobs are currently being outsourced over to India. Even if you don’t personally have any plans to move to India, you might find yourself dealing with native Hindi-speakers more often.

Also, known ‘language of the land of the Indus River’ it is written in the European style from left to right but follows the Devanagari script.

Whereas Urdu is written in the Arabic style from right to left and follows the Arabic script as well.

These days excellent and amazing Indian films are being released every fortnight and what a feeling to watch it without subtitles. Characterised by highly entertaining musical numbers and elaborate sets, Bollywood films are a growing phenomenon for foreign audiences.

For instance, you are lost on the roads of Dubai, the internet betrays you but worry not if you know Hindi. You will for sure meet an Indian or a Pakistani who will help you redirect your route.

Hindi language can be your best friend always from entertainment to infotainment.