Face It – Because You Can! 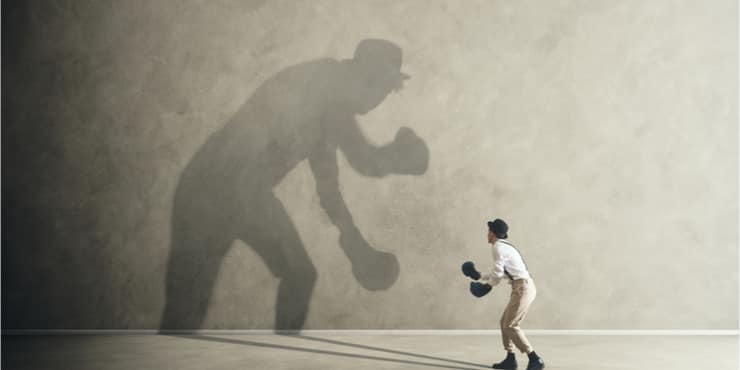 There are a few things that I am afraid of, and most of the time I don’t really try to over come them- I avoid them. However, two fears that are inevitable, and I need to face are my fear of planes and my fear of cats.

To start, I am afraid of cats. They’re cute from far yet to me, also far from cute. When I joined Pomegranate Institute, my first greeting I got was from Seedy, their cat. I was quite worried on how I would cope with two cats in the office, but my love for the institute was much greater than my fear, so I had to set my priorities right. The day after my interview was my first day at the institute. It was a great working experience, but as for the cats and I, it wasn’t lovely. I was alert the whole time, and would continuously check under my table if one of the cats was there. I was on emergency mode the whole time.

One month later, I was much better. I did not check under my desk as much. I definitely did not walk the other direction every time I saw Seedy or Mia. Today, I fight with them, I occasionally play with them, but I still don’t love cats.

This takes me to another interesting fear of mine. However, like my cat experience- I was forced to deal with it.

My plane phobia gave me the most anxiety pre and during the flight. The way I thought about it was- while we were up in the air- there is nothing below us! I perfectly memorized the physics behind the airplane, and that it could not fall, but my mind failed to grasp the concept. I was also afraid of the fact that I had nowhere to escape. Every time I would ride a plane, I’d cry like there was no tomorrow. My poor sister Rema would have to handle me. I would not want to be in her position. I would pinch her, yell at her, and tell her to tell the pilot to land immediately. That was for a 16-hour flight. Facing my fear did not work so well for me.

One time, the plane ride was different. I still had my tantrum, but just during take off and landing. I was surprised of how well I took the rest of the flight. Every time there was turbulence, I held on my seat’s handles, closed my eyes so tightly, and said “Bismellah”. From that plane ride onwards, I learned how to deal with my fear. I was not less afraid, but it was controlled. The second I would ride the plane, I would sit calmly, and during take off I would close my eyes and wait for it to be over. The same thing would happen during turbulence and landing.

Had I previously known about Hypnotherapy, I would have definitely saved myself the anxiety that took up so much of my energy. It is a remarkable way of therapy in which negative subconscious beliefs are transformed into positive thoughts and associations as you come to understand the bigger picture of your situation. This type of therapy is offered at Pomegranate Institute with the best-certified trainer you can possibly find.

All in all, the quote that says, “the best way to get over your fears is to face them” is true, but I would like to add a part- face them, but it doesn’t mean you’ll love them. I overstepped my shadow for both my fears, but I still don’t admire riding planes or cats.