It Was In Aleppo 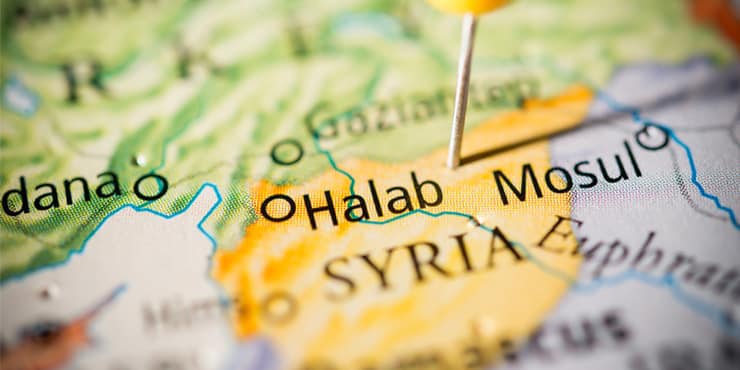 The best part of the year for me was always summer time. Not because there was a break from school, or because it was time to have fun, but it was because summer time meant going to Syria, to my Aleppo, to my hometown.

I remember every summer was the same exact scenario. When my family and I would be in the plane about to land, I would ask my mom “Mama, do you have perfume?” she would smile knowing that I would ask this question, and pull out perfume from her purse. I would be super excited. No toy or other trip would ever draw the same smile as I had when going to Aleppo. After landing, the toughest part was waiting in line to get our passports stamped. It would be torture! Sometimes we would be lucky because the passport officer would take the women first, and so my torture would be over earlier.

Next we would stop to get our luggage. Every year I refused to stand for this stage, instead I would tell my mom “Mama, can I go? All of our cousins are waiting outside, I want to see them!” and my mother replies to me the same way every single year “Of course Saritta, go!” Now comes my favorite part, going out, and searching in a huge crowd for familiar faces. Then finally, my tallest cousin would be waving to me, and that’s when I would run.

The happiness, love, and sense of belonging I feel in Aleppo are feelings I felt when I was there. It would be so adorable when both sides from my family (my mom’s side and my dad’s side) would fight over us. The mini trips of exploring town, the men selling watermelon on the street, the unlimited mosquito bites I would get, the parties we would have everyday, games like “Sherta Harami” (Police and Thief), and the sleepovers, are all memories I hold dear to my heart.

The person I am today, was shaped by many events and people, but mainly, I am what I am today because of my Dad, my Mom, and my hometown. With that said, no words could describe the love and sense of belonging I have to that land. It’s been almost 7 years, but I know that we shall meet one day. For now, I have many people close to my heart that do a perfect job in keeping me company and loved.