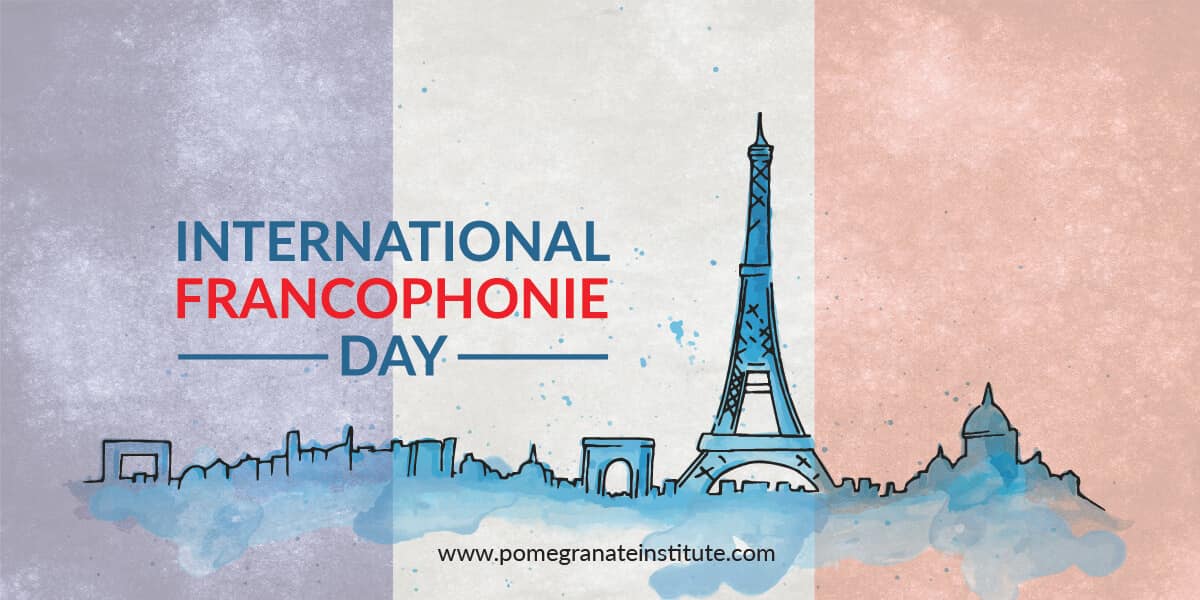 March 20th was chosen in reference to the day in 1970 when the Agency of Cultural and Technical Cooperation (ACCT) was established in Niamey, Niger. The ACCT eventually became the contemporary International Organization of Francophonie (OIF). Today 84 states and governments are members of the OIF. This year, 100 events celebrating Francophonie will take place around the world on five continents for le Grand Tour 2017, Voyage en Francophonie.

Thanks to UNESCO, 274 million Francophones across five continents have an internationally recognized day to celebrate what unites them: the French language (and a love of a good French cheese & baguette).

The General Director of UNESCO best explained the honorary day, in a letter penned for the 2017 Francophonie day: “The French language crystallizes centuries of culture and history.

It is in French that Pascal, Voltaire or Rousseau led the fight for tolerance, democracy and human rights. It was in French that Assia Djebar defended the rights of women and that Césaire, Senghor and so many others laid the foundations of modern humanist consciousness. On all 5 continents, hundreds of millions of men and women express their hopes for a better life in French.”

Let’s feed you some French Facts!

How to celebrate Francophonie Day?

French Food, French Music, French Friends of course! The UAE has plenty of French cafes & restaurants lined up for your enjoyment!

Come over & trade your croissants for our pom-juice! Sharing is caring J Our French-perts (French Experts) will be happy to guide you through our vibrant array of French courses that will surely make your day fran-tastic!