The Language of Yesterday, Today & Tomorrow 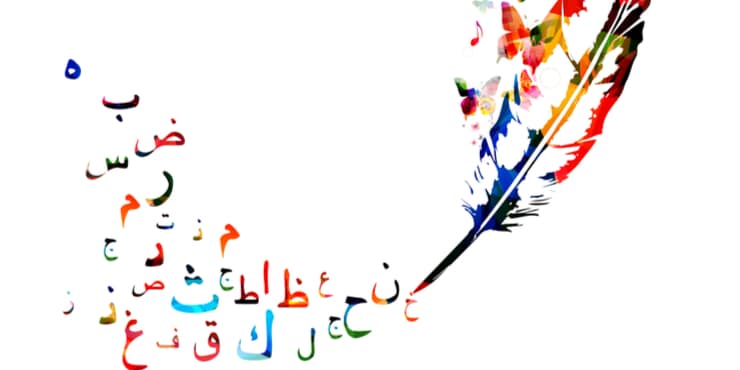 Arabic is an important language in global history; our present & future are connected to the Arabic language and heritage in one-way or another.

The 21st century human is accustomed to using the lingua franca, which is the English language rather than their native language.
I look around observing the people in my surroundings and see hundreds if not thousands of people, who have never been to the US or the UK, that speak English as fluent as an American, if not better.

Arabs, Europeans, Asians as well as countless other nationalities have mastered English fluently accompanied by a good accent. They can not only speak the language well, but they can also read, write and understand English like its their own. I continue observing and discover that not only do people speak in English, but also most of their thoughts and dreams are in English too!
Our popular culture strongly supports the use of the English language through movies, songs, various mediums and behavioral patterns.

The lack of practice of the Arabic language will eventually put the language down as history. A great example to this is the case in Ireland. The language spoken for over 2000 years has been Gaelic or Irish. It still is the official language of Ireland today. Ironically, it is a language spoken by a minority only. The rest of the population speaks English with an Irish accent. Despite the efforts to keep the Irish language alive such as teaching it in schools, people prefer to communicate in English. This could be the future that the Arabs will face if no serious action was taken to prevent it.

HH Sheikh Mohammed Bin Rashid Al Maktoum, the Vice President and Prime Minister and Ruler of Dubai, is an exemplary advocator of the Arabic language. He conducts a number of contests with large prizes to encourage Arabic reading and writing among the youth. He believes that "If we look at the history of science, mathematics and medical books, we will find that many of them were written in Arabic and translated into other languages. We will also find many Arabic terms that are still in use in foreign languages. This is because the Arabic language is flexible and adaptable," he continues and says, "We want to see collaboration among these institutions to enable the Arabic language to regain its past glory and to again become a global language for cultural inspirations."

Pomegranate Institute embraces the importance of the Arabic language in all its forms, and emphasizes on the Arab culture and traditions embedded in their courses. The Arabic language is the languages of yesterday, today, and tomorrow, and through the Arabic courses at our institute ; this message is highlighted loud and clear.