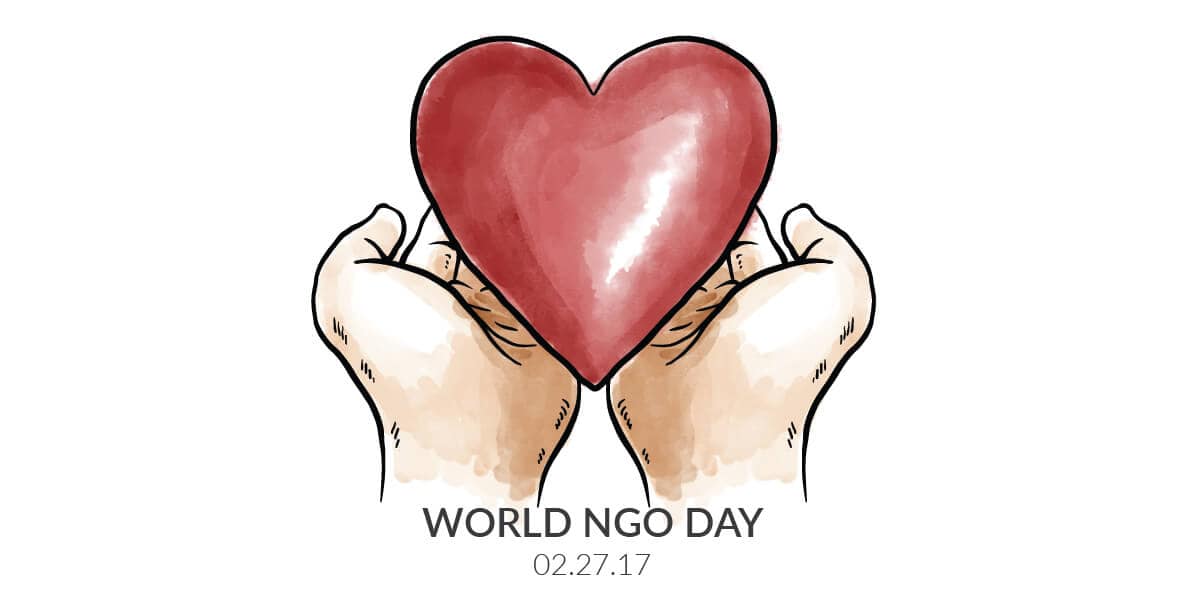 A day to build bridges between Non-Governmental Organizations and various other sectors regardless of size, location, or type of organization. World NGO Day initiative was created by a university student Marcis Liors Skadmanis, who first thought of the initial idea during his Masters in International Law and NGO legislation. World NGO Day was officially recognised on 17 April 2010 by 12 countries of the Baltic Sea NGO Forum in Vilnius, Lithuania.

NGO collaborations are increasingly being used to tackle some of the world’s pressing development issues; governmental organizations and the private sector work has evolved significantly over the last decade.

People dedicate their lives to community work in several forms, from offering few hours of their time to those who sacrifice their lives for a cause they believe in.

A day for NGOs around the globe to share knowledge and experiences with one another.

It is an opportunity for NGOs to discuss the issues that affect their work, and form partnerships that can resolve mutual problem.

Education is one of the most powerful weapons in fighting poverty. However, countries lacking substantial educational infrastructure can problems: rural access, gender inequalities, child labor, and more.

Barefoot College founded in 1972 is an NGO in India that helps train local community members as teachers, solar power engineers and specialists in other fields. One of the most interesting fact is that it is run entirely on solar power.

Another NGO, Room to Read is one of the most prominent international education programs in south of Asia and Africa with a university following; the organization boasts of 50 chapters in 16 countries, with over 11,000 employees. Their strength is that it employs local authors to write children’s books in the mother tongue.

NGOs are important since they offer an organization for local communication, action and distributes resources when there are no existing local organizations.

In fact, a non-governmental organisation provides a mechanism that could possibly work where the state is lacking. As a result, it supports grass roots initiatives as well as recognizing and responding to the realities of the local people.

“Spread love everywhere you go. Let no one ever come to you without leaving happier” – Mother Teresa

Another major advantage of NGOs is that they have the capability of communicating at all levels. This means that they can easily interact with the local people and relay their messages to top levels of the government.

At Pomegranate Institute, we believe in educating the less fortunate through different forums. Our mission is to empower individuals through education and learning.

We believe in a world where communication has no barriers…!!